A grading system is the application of standardized measurements for different levels of achievements by a student in a course. The grading system ensures fairness and consistency in the assessment of learning and in the assignment of scores.

A cumulative grade point average (CGPA) calculates a student’s performance in assessments and semester exams for every course such student enrolls in.

The scale made it easier for students to achieve first class degrees but created difficulties in getting students to acquire average class of degree. With effect from the 2018/2019 academic session, universities were instructed to return immediately to the five point scale system.

At the moment, Nigerian universities do not make use of a uniform system of grading, however, the five point system is the most commonly used grading system.

Under the four point grade system, the grade ranges used for students are as follows;

Under the five point grading system, the grade ranges used are;

How to calculate CGPA

Every course/subject in the university carries a fixed number of credit units (CU). Quality points are gotten by multiplying the credit units for a particular course by the grade points earned by a student in that course.

In a five point grading system

Assuming a student offers five (5) courses in a semester and each course carries a credit unit of 3 units, the total credit units for that semester would be 15 course units (3 unit course each multiplied by the number of courses). Let’s say the student scored A, B, C, D and E grades respectively in those 5 courses.

The CGPA is derived by dividing the Total points by the total credit units for the semester which is 45/15 = 3.0

If this was to be a CGPA of a final year student, it means that under a 5 point grade scale, the student would graduate with a second class honour (lower division).

In a four point grading system;

The calculation is carried out in the same way as the 5 point scale. The only difference is the change in the individual grade points.

Unlike other faculties where students are graded with the CGPA method, students of the Faculty of Medicine and Dentistry are given unclassified results. The results of medical students are presented as pass, fail or distinction.

In all courses of Medicine, the pass mark is 50% while a distinction requires one to score 70% and above. Any score below 50% is regarded as a fail mark.

At graduation, they do not graduate with honours such as first class or second class honours but with a pass or distinction award. This is referred to as an unclassified degree result. 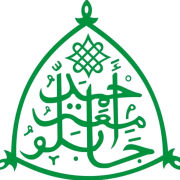 A Guide to Studying at Federal College of Education Zaria

Polytechnic Lecturers Salary Scale: Everything You Need to Know